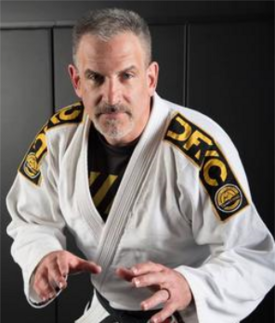 Professor Owen has worked in Law Enforcement as a Sheriff’s Deputy, and as a Ground control instructor to police officers at the Idaho Police Academy and is credited with creating the Ground Control program for Police Officers in the State of Idaho.  He was also a handgun and shotgun instructor for Front Sight Firearms www.frontsight.com Institute in Las Vegas Nevada.

Wildfire Brazilian Jiu-Jitsu was opened May 6, 2016 by owner and head instructor Wyatt Tinnen (with a LOT of help) with the mission statement "Building Better Belts".  The idea was to provide an environment where students and instructors alike could advance their training in the martial arts whether they wanted to be a competitor, be prepared for a real life self defense scenario, or simply be better than when they walked through the door.

In June of 2016 Wildfire BJJ joined the Team Rhino Gracie Jiu-Jitsu Association under Professor Keith Owen.  Since then, Professor Owen has awarded 17 Blue Belts, 7 Purple Belts, and 1 Brown Belt to the hard working and dedicated students at Wildfire.